EDIT: New images of the final version of Creatures Series 08 have just been released: 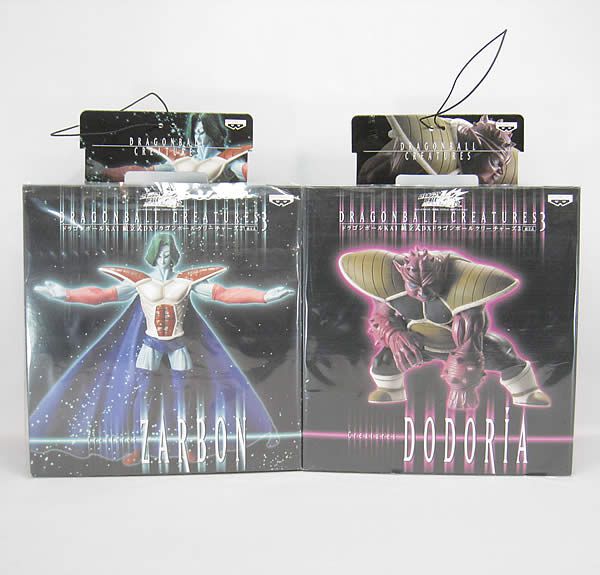 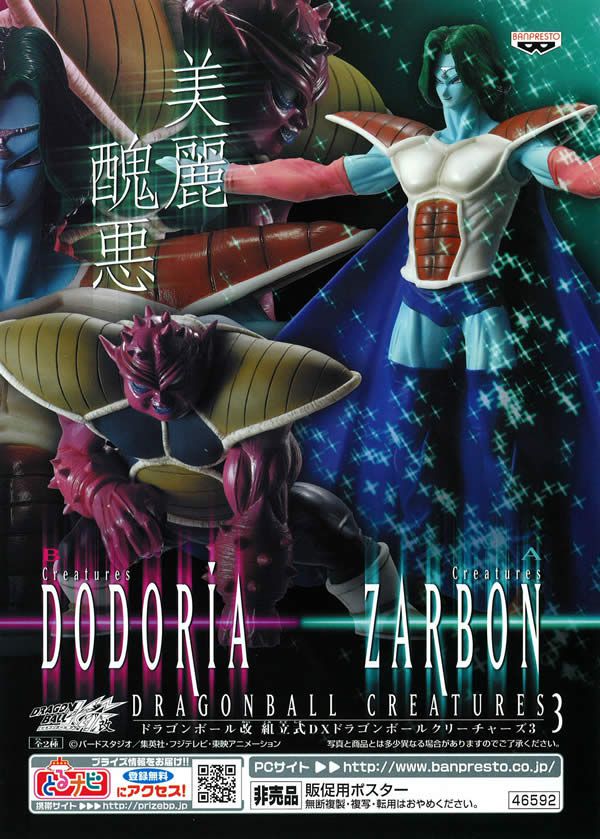 Series 08 features an all new Zarbon figure and a reissue of the previous Dodoria figure. These figures are set for a June release and retail for around 1450 yen (~$15.79). The Dodoria figure will likely have some sort of minor paint scheme changes from the original release such as a darker color palette or metallic paint. From the looks of the Zarbon figure thus far, it seems a very strange choice for the Creatures series. He has a skinny and lanky appearance but there are no discernible “creepy” or “monstrous” elements as all the other figure have had.

Series 09 features two all new figures, Cell in his second form and an Android 18 figure. These figures are set for a September release and retail for around 1450 yen (~$15.79). The Cell figure looks to be a strong addition to the line with an exaggerated and monstrous appearance, complete with a snarling tongue. The Android 18 figure is somewhat of an oddity in that it is more of an add-on for Cell than a figure itself, despite being sold separately. You can switch the tails on Cell so that it looks like he is absorbing 18. At this time, it is unclear if the 18 is removable from the tail.

Series 10 features one all new figure, Dr. Gero and a reissue of the Cell from the previous series. These figures are set for a December release and retail for around 1450 yen (~$15.79). Once again it is likely that the Cell will differ from the Series 09 one by some minute paint differences. The Dr. Gero figure features a removable hat which showcases his brain. Aside from that there doesn’t seem to be too much of creepy reimagining for this figure. I personally find that somewhat disappointing as there are still tons of other monsters and creatures from the DragonBall series who would be prime candidates for this series.